Put simply this is a reusable fastener that can be used as a bread tie, chip bag tie, cable organizer, etc. This idea evolved from an earlier project where I created a minimal key fastener. The shape is a very simple slot shape with two small whole punched out where the rubber filament goes through.

In less than an hour of 3D modeling and printing, you will have yourself a simple practical 3D print! I will show two 3D modeling softwares (Fusion 360 and TinkerCAD), either of which can be used to create the fastener along with the assembly process.

When my school got a 3D printer I was tempted to print a bunch of stuff I found online, but found that 3D modeling something myself was a lot more satisfying. It's hard to get started and new interfaces are always daunting. I put this tutorial together to get any person familiar with 3D modeling and making something useful. 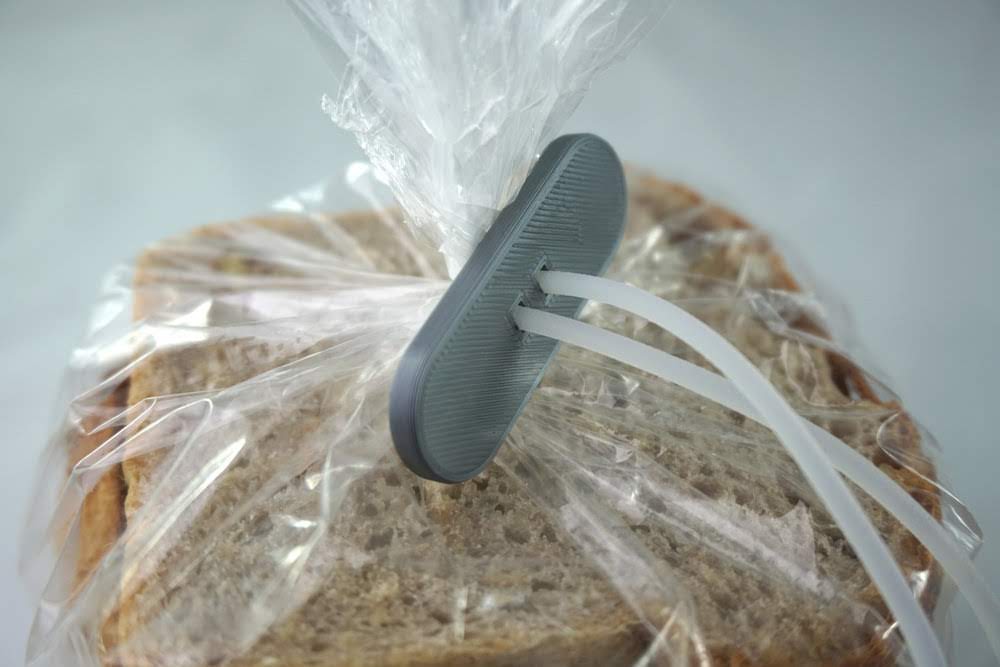 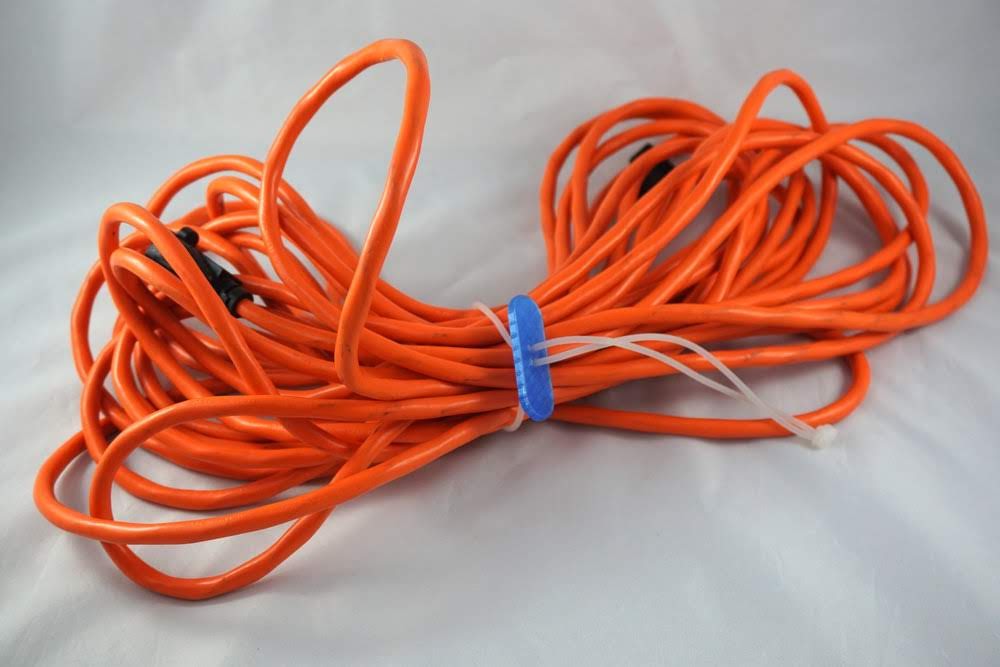 Here are two uses I have for the fasteners. They make for great bread tie replacements and cable organizers. It stays on pretty tight and holds well too. This past fall in college, I had a chip bag that I kept closed with a fastener, threw it under my bed and forgot about it for a month. To my surprise the chips were still really crunchy! I was pretty impressed by how well this little print held up. 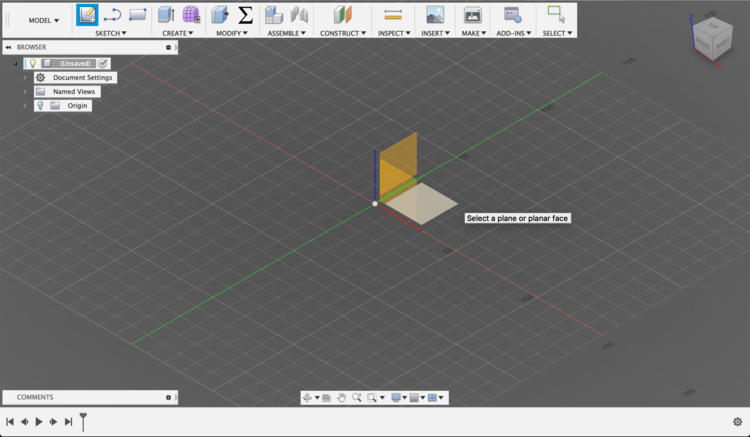 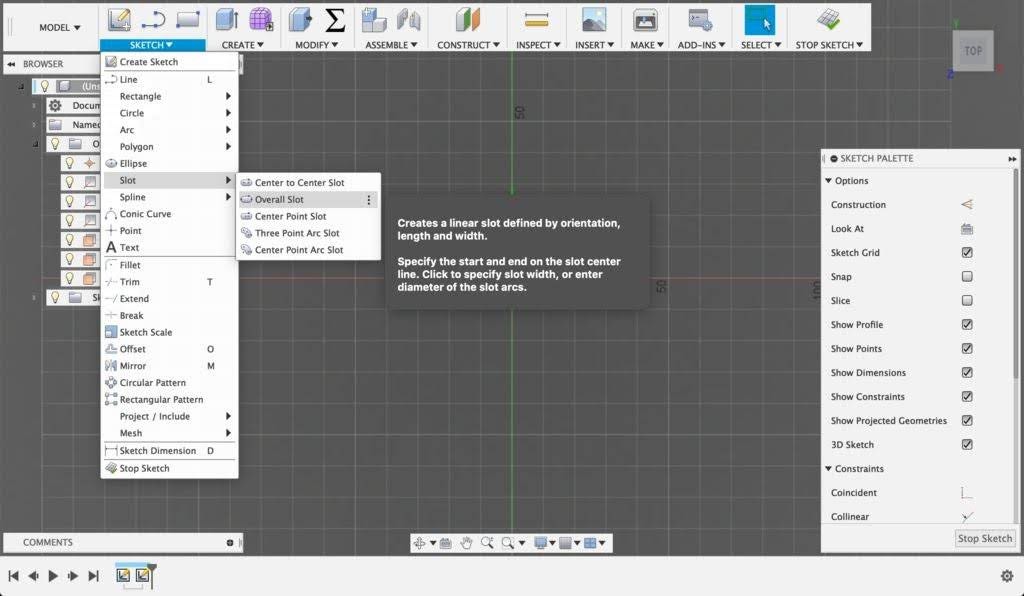 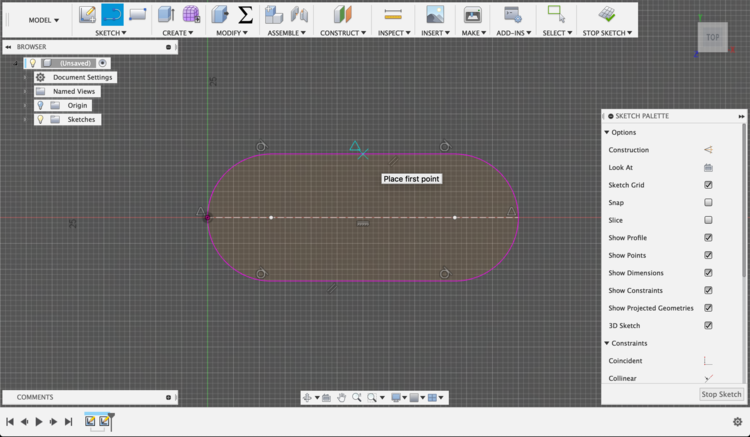 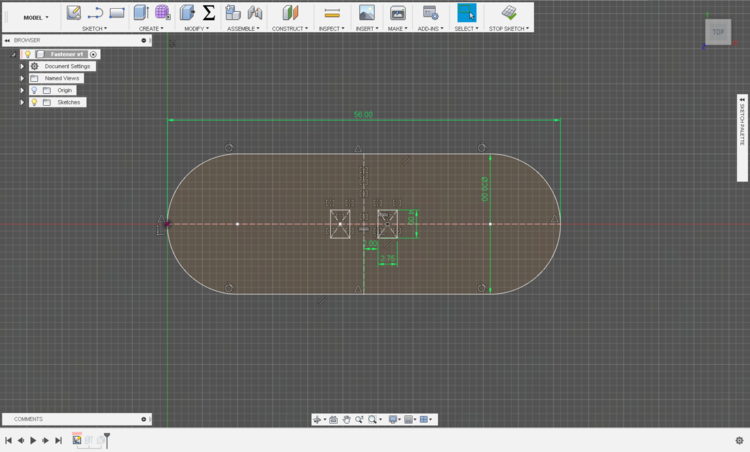 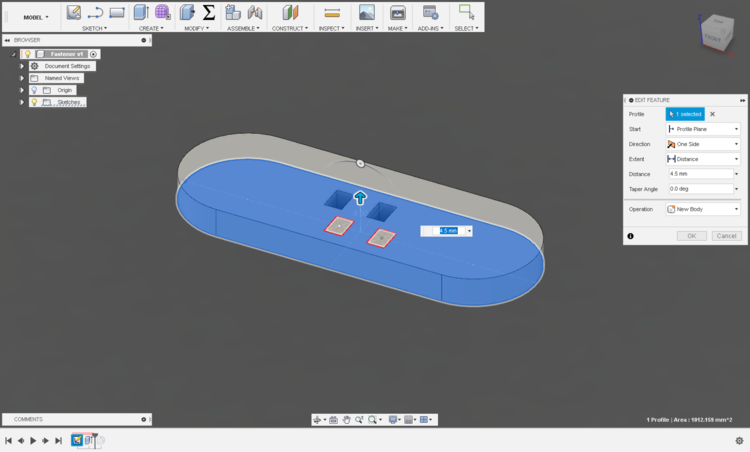 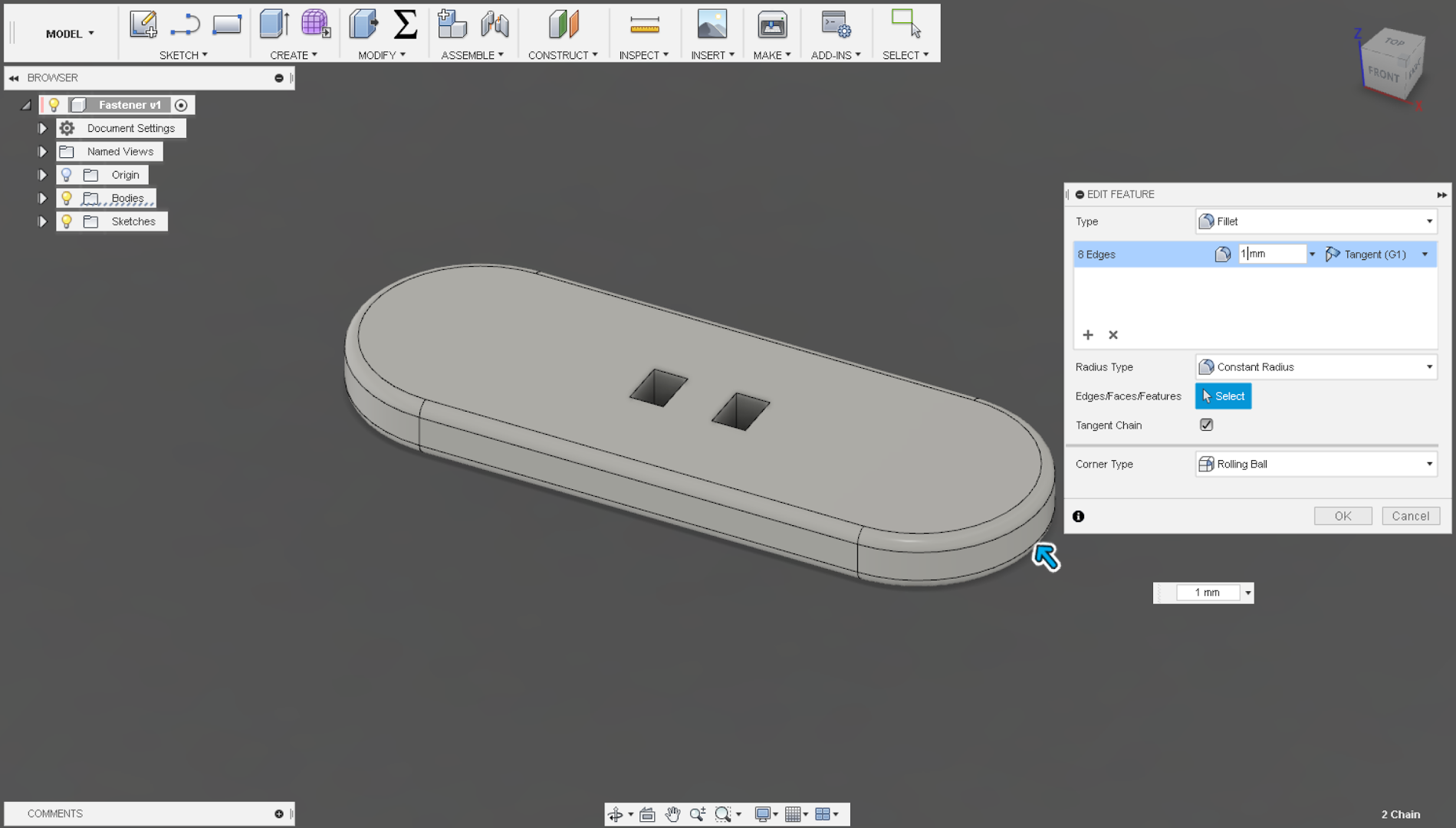 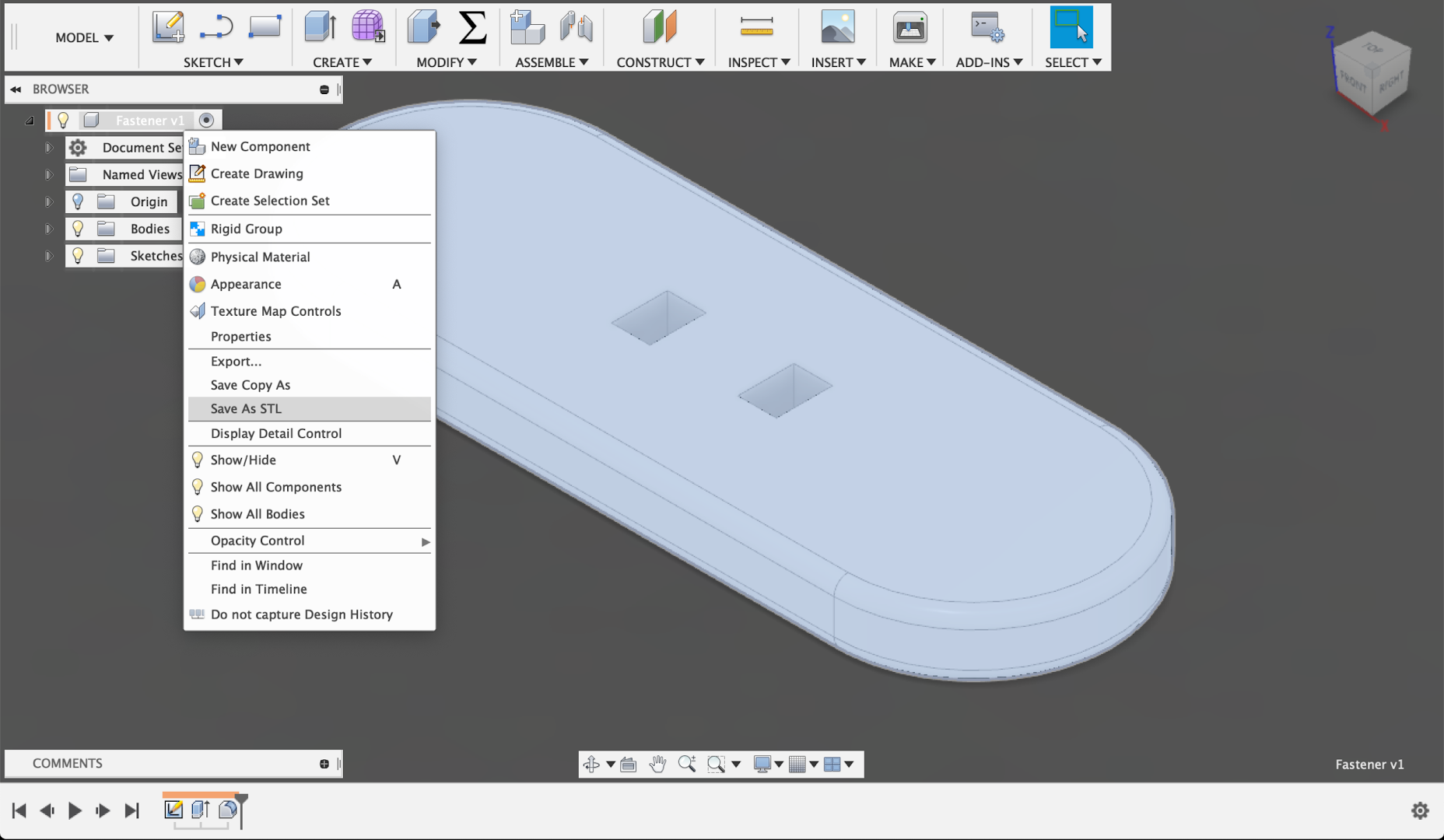 Autodesk Fusion 360 is my 3D modeling software of choice. Don't fret about costs since the software is free for students and educators.

Every 3D model follows the same process; create a 2D sketch and turn it 3D. 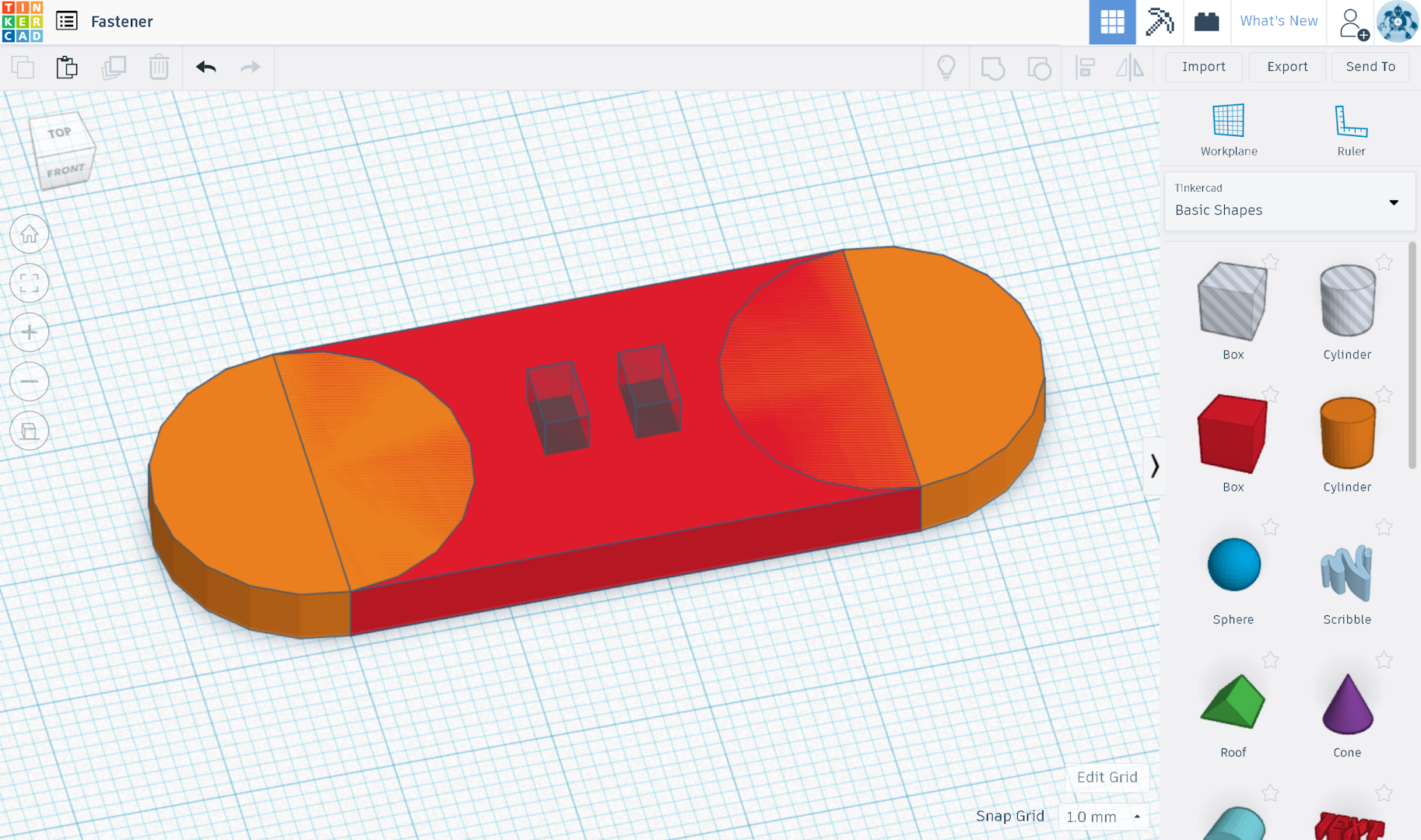 The process for making models in Tinkercad are a bit more arbitrary than I'd like it to be, but then again I'm not the most familiar with its layout. Tinkercad lets you work with 3D models from the get-go allowing you to drag and drop pre-made 3D shapes. I made the fastener with one rectangle and two cylinder pieces with two "hole" rectangles that cut out the sections in the middle. The only thing that's important are the two rectangles in the middle at 2.5 mm width and 4 mm length for the rubber filament to go through. Otherwise the shape can be anything! A triangle, star, or something more complex. After you are done, export the model as an stl for printing. 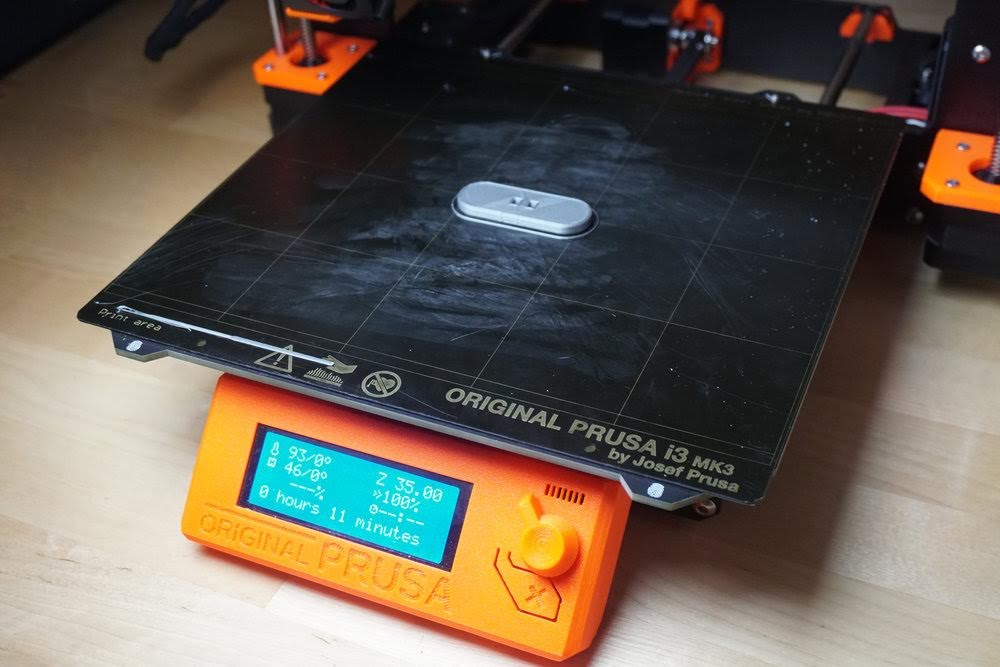 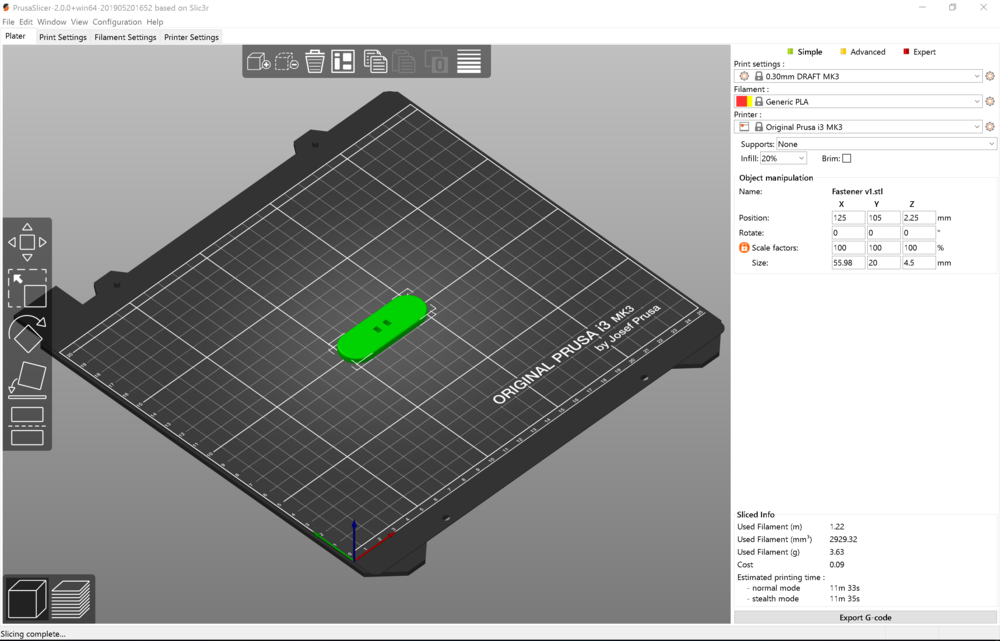 I printed at the fastest setting on my Prusa i3 MK3 printer called "Draft" with a 0.3 mm layer height. It will print in roughly 11 minutes. 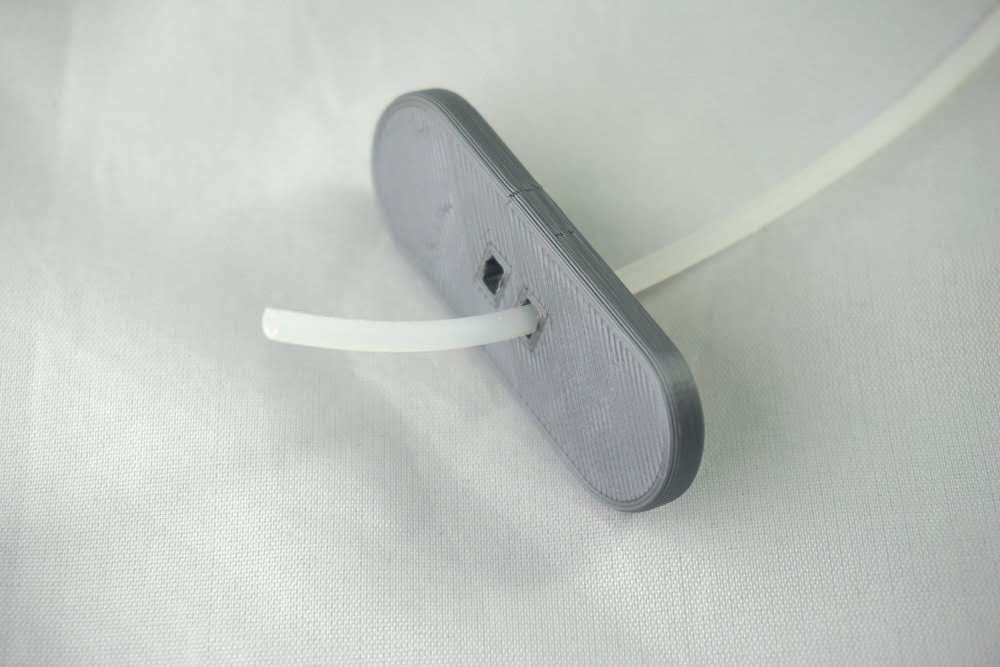 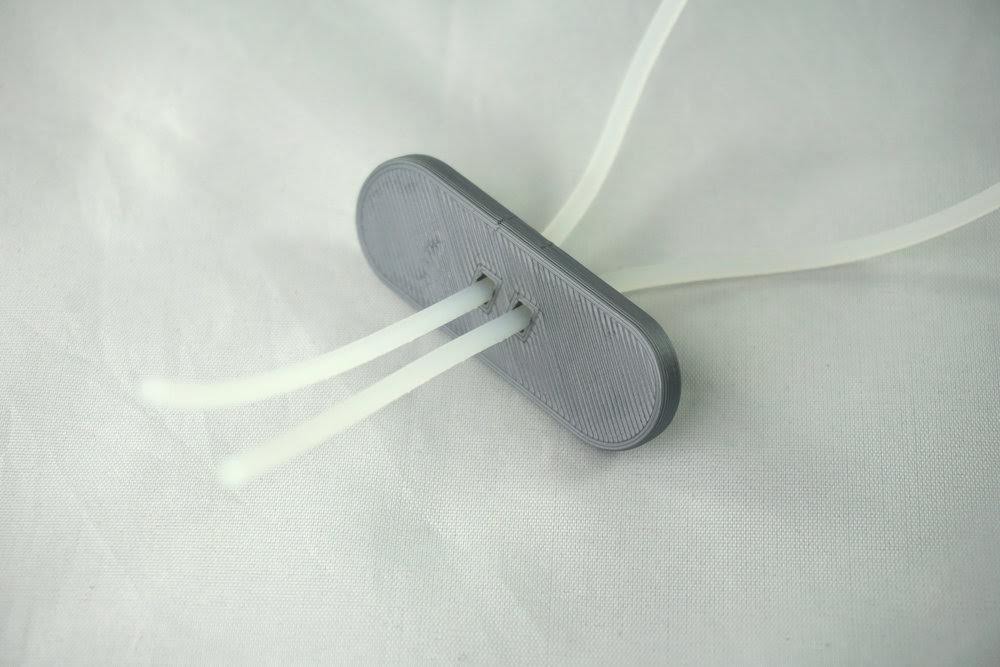 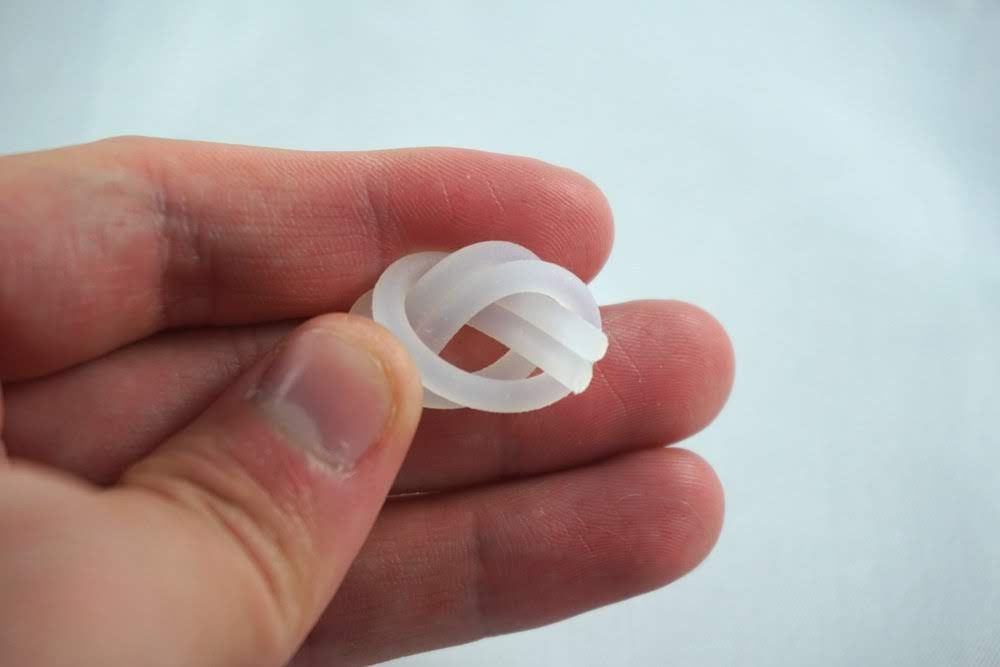 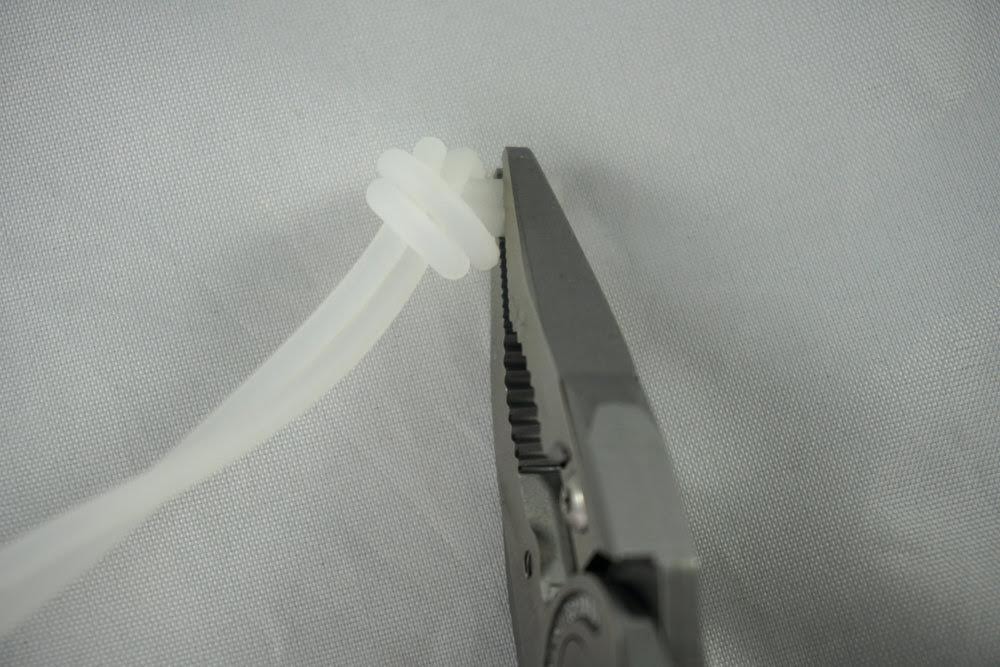 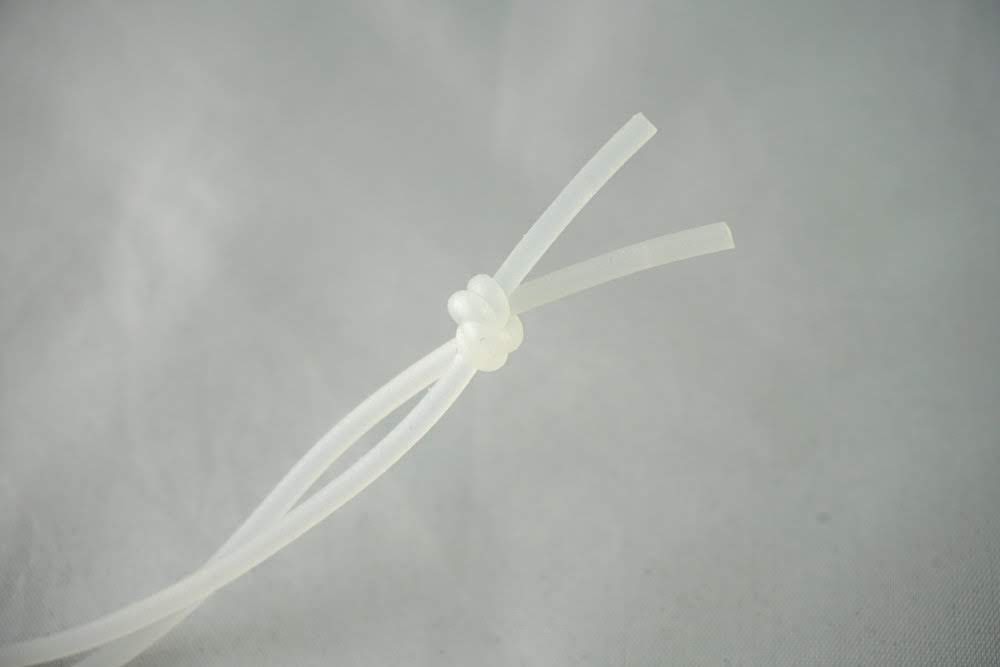 You only need three things; the print, 2.85 mm ninjaflex filament, and some pliers. Two really, but I strongly recommend having pliers. Also, don't use regular TPU filament since it is too slippery a material to tie a knot. It is possible to create the fastener with TPU filament (much cheaper too), but I could only make it work by melting the ends with a soldering iron. The last picture shows my result. If you find a better way let me know! 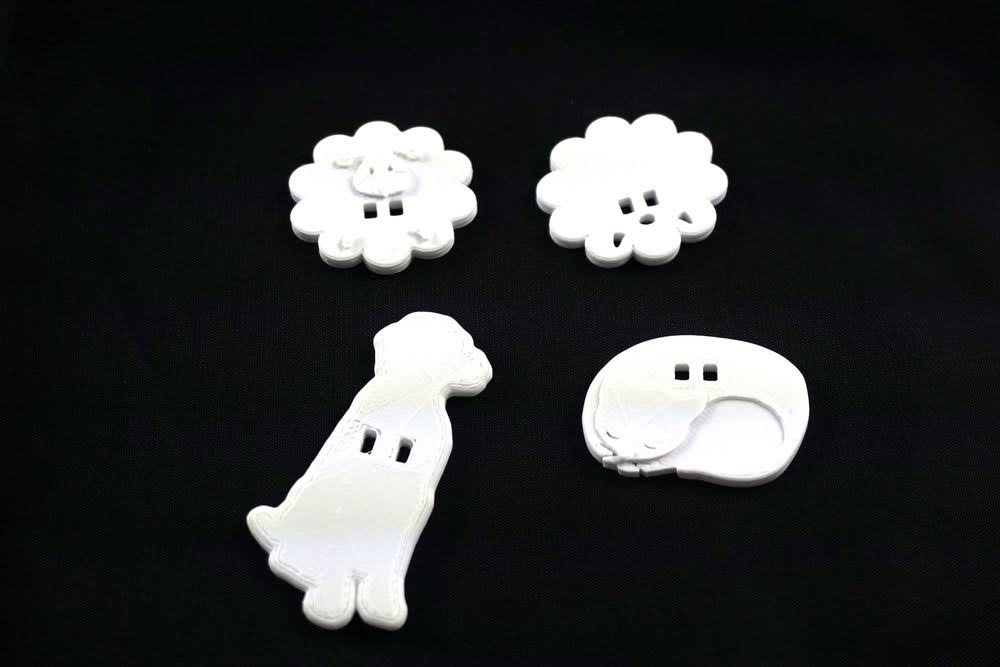 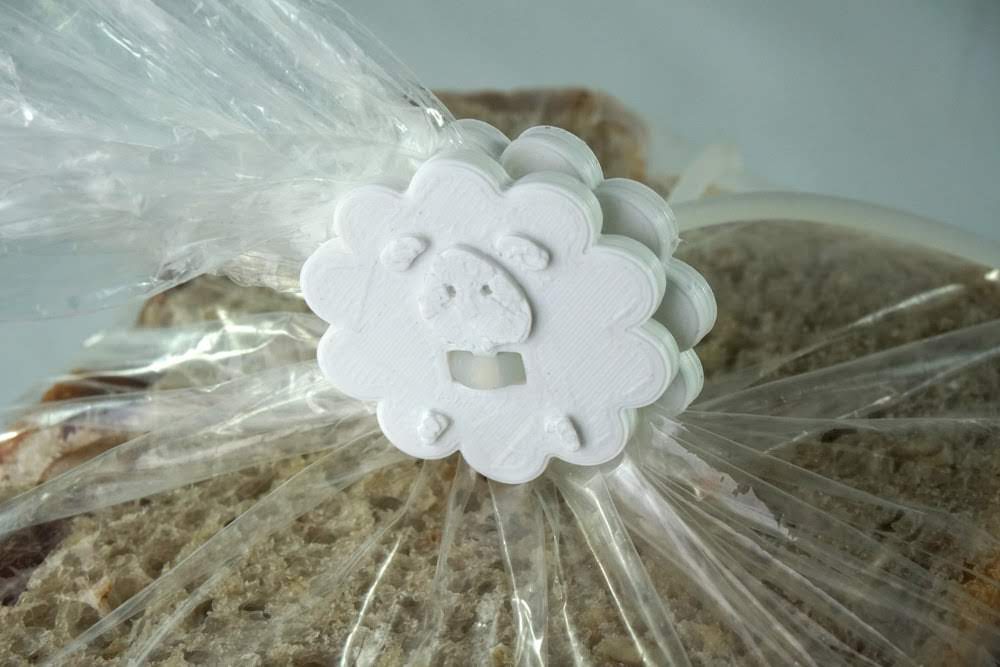 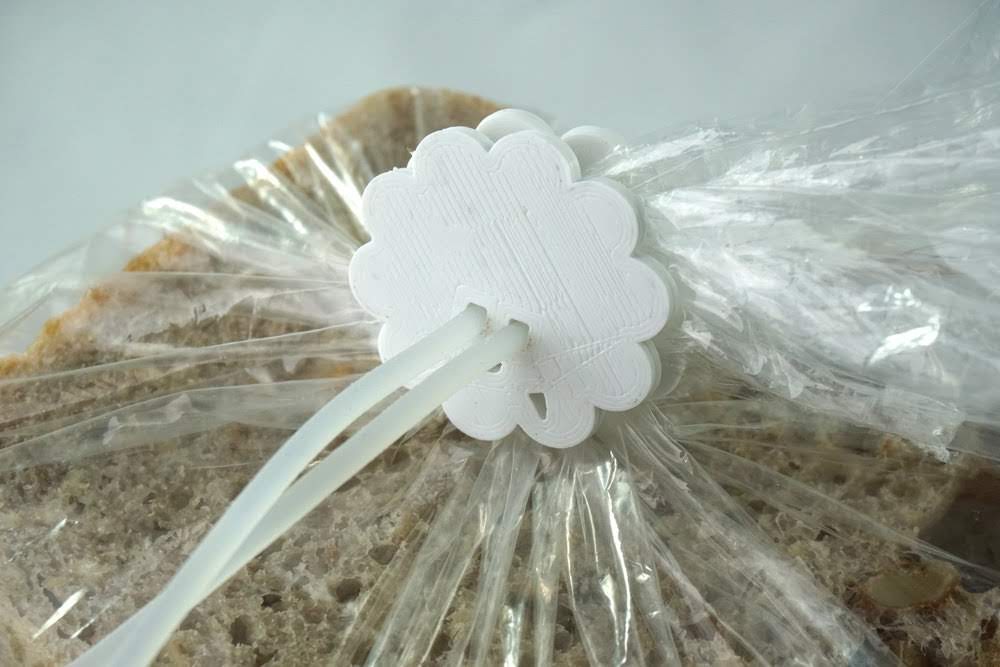 The best part of this design is its simplicity. As long as you have the two hole cutouts, a fastener can be made in any shape. Here are a few of the designs I've made. Credits go to my mom for sketching the sheep and cat. I used a picture of my dog for the last one. I will upload 3D models for all of these fasteners soon and add links here when I do.